Favorable Tropical Pattern To Restart Monsoon Conditions Across Arizona; Increasing Coverage Starting Today and Going Through The Next Week; Details 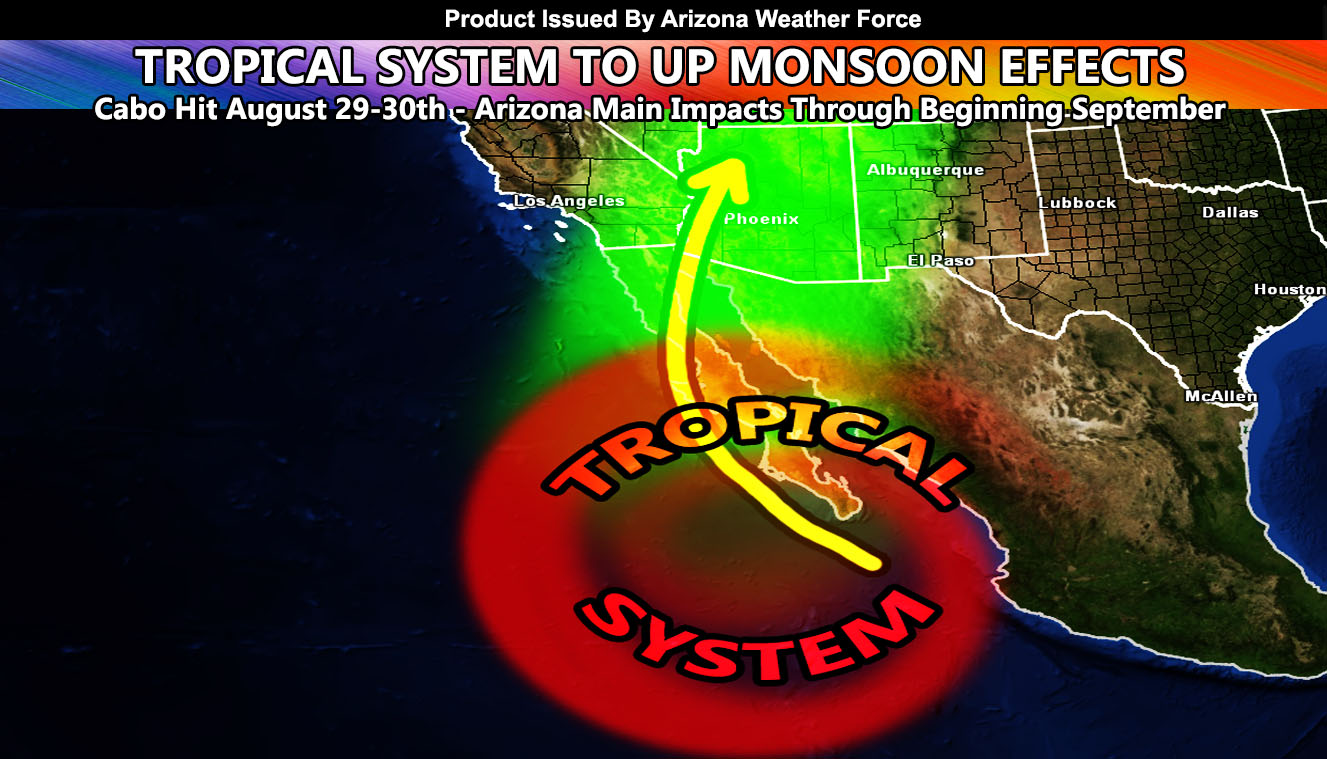 Not long ago I put a forecast out where we would not be relying on the monsoon ridge as much for the system to restart itself, but rather favorable patterns for tropical storms and hurricanes south of the area, being drawn northward with the Meteorological Fall pattern with low pressure systems off the California coast.  This looks to be increasing in that direction as a system west of Mexico is showing promise to be the next named system, Nora.  Systems named Nora in the past have come close to the region so this one bears watching.  Starting today in the Eastern half of Arizona we will see the first of the severe storm warnings, increasing on Friday and into the weekend as the system becomes better organized.

‘Nora’ looks to move in the general direction of Cabo San Lucas, Mexico, impacting that area between August 29-30th.  If traveling in that area during that time, be mindful of the system to come.  August 29th so happens to be the pinnacle start date where hurricanes strike the North American Mainland more often than not.  We have seen many systems do this, from Hurricane Katrina on August 29th to the Great Miami Hurricane in 1926, hitting there on September 11th, the peak of the hurricane season.  We may be adding yet another system to the list.  I have issued a Hurricane Watch surrounding August 29th of this year for Southeast Texas to New Orleans, Louisiana.  This alert was issued over at National Weather Force, my national page.
Link – Click here to view that watch … and if you know someone there, inform if necessary.

Hurricane Season goes through October for the most part.  October is still a time when storms can be pulled northward, both in the Atlantic and Pacific.

As for Arizona, Nora may very well come as close as they come sometime early to mid-this next week, which is the week of August 30th – September 4th.  We are still a bit a ways out from this, but a system coming north of Cabo and making a run at the United States has deep enough moisture to warrant a Flood Risk in the Southwest United States.  Preliminary estimations in my long range flood risk model suggests the Central/Western half of Arizona for the focus spot this go around.  Again, a bit far away for confidence, but given the current pattern and consistency, do feel this to be the right call.

So, like I said days ago, you should already be focusing on the next monsoon surge and getting your flood preparations back into order.  I will be back at the helm issuing micro-climate alerts over the e-mail alert system as well as in the AZWF group as the days move along.

The following images are of the longer range flood risk model.  Showing a high risk this far out is telling and bears monitoring closely.  There are four images, NW, NE, SW< and SE half of Arizona for the first part of September with the arrival of deeper tropical moisture… 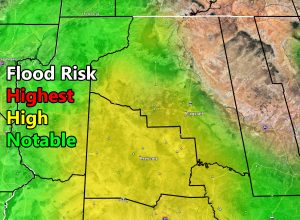 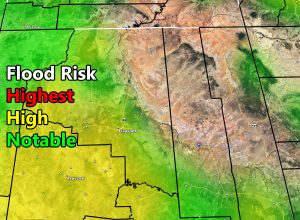 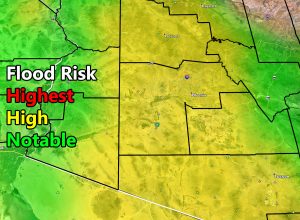 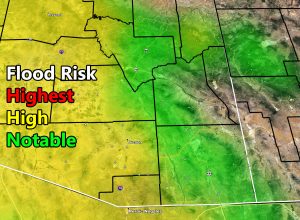 BONUS:  For a bit of time I will allow non-members to see the member section of AZWF.  During Fall, Winter, and Spring, the member section has zoom in models during events predicted.  They are placed there in the tabs, this one is the heat model.  It contains a zoom-able model so you know where you are on the map.  Better yet, members can enter a city and address in the search bar and it zooms right down into that level.  This is a medium resolution map, the other ones AZWF has at disposal have higher resolutions available during storm events from rain, wind, snow, and flood.
CLICK HERE TO ENTER THE MEMBER SECTION TO TRY IT OUT.  Note, this does not include the e-mail alert system, just the visuals of the models provided.
If you like it… Click Here to become a full member and get those zoom in models + the e-mail alert system where you choose zones to receive custom alerts.

Arizona Weather Force is a custom weather alert service that began in September 2019 off of Southern California Weather Force and is regarded as the most accurate weather service in the state, offering custom alerts, maps, and models to help save life and property.  The work done here is never 100% accurate, but it comes pretty close.  Arizona Weather Force runs on zones, so if an event happens in a zone that is 10 miles from the border of your zone, the forecast is still valid to activate your zone’s alert system.  A company quote to the public is that of “The Joker” and tells other agencies in weather this all the time… “This world deserves a better class of meteorologist… and I’m gonna give it to them”… out-forecasting even the National Weather Service with lead-time and precision, which makes this service a focus of ridicule and envy in the weather community due to having such accuracy. Alerts issued here are issued custom from this office and this office alone. You may not even hear it elsewhere, but if one is issued near or in your area, listen up because “if you do not wish to die in weather, follow, it’ll save your life one day.”

– is a consulting meteorologist for over 50 different companies, including large oil companies like BP. He has certs from MSU and PSU as a meteorologist.  Both short and long-range is very important to know in those jobs so you can bet on accuracy here. He is versed in fields like Western USA, Tornadoes, Floods, Hurricanes, High Winds, Fire Behavior, Snow and Blizzards, Short Range, Long Range, Seasonal, and Life-Threatening decisions with over 20 years experience, out-forecasting even the National Weather Service with lead-time and precision, which makes him a focus of ridicule and envy in the weather community due to having such accuracy.
PV 3