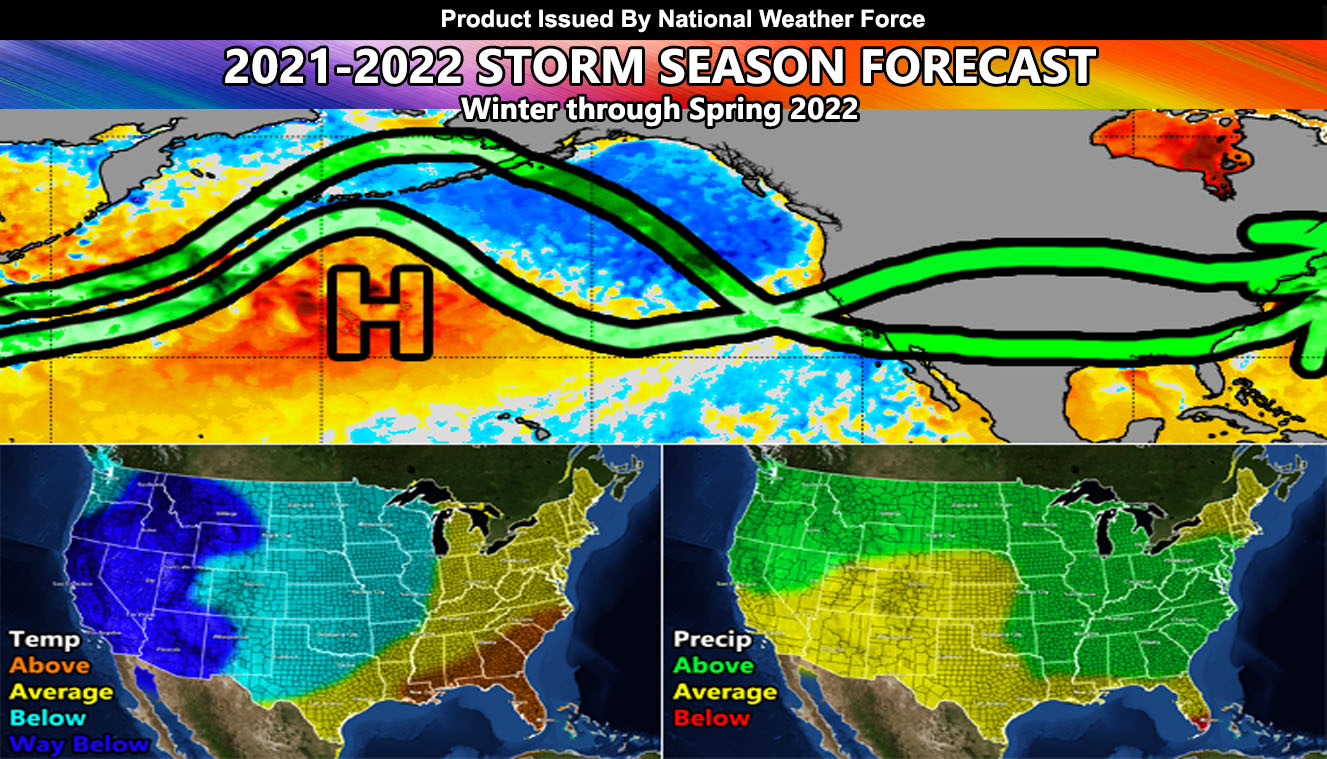 A borderline weak La Nina to La Nada (neither La Nina or El Nino) will be the kicker for the season, with a very interesting mixed bag of events to come as we will be in for one of the top 7th coldest seasons since records began in 1850 so read on for details and view the maps within …

NOTE:  You also get e-mailed alerts/articles because if you do not want to miss my social media posts, and/or I issue a product not on my social media accounts, being a supporting website member is the way to go.  You get your own control panel with hundreds of zones to choose from to receive my custom alerts from.  Click here if you are interested in reading more.

First of all, this will be for both Southern California and Arizona as the shaded zones seem to cover both forecast areas. The maps are below for the United States, custom developed by myself.

The upper level pattern will rely on the warm sector northwest of Hawaii (H on the map) and the colder waters south and east of Alaska.  This type of pattern is very similar to the strong La Nina of 2010-2011, but also has characteristics of drier season of a neutral to weak La Nina season.  As you can see on the map, the green-lines will be the two major storm tracks this season, and they will repeat themselves every three to four weeks.

The top pattern goes up and over the upper-level ridge I see being further west than many years before this one.  This means the storm track will be further west and not over the Western USA Interior like the last couple of years, 10 on average.  This will go up into Alaska and dip down west of here and bring cold Alaskan storms.  These systems will be some of the coldest we have seen in a long time and low elevation snow is very likely with them, along with freezes that could damage the crops across the state.  However, such a pattern does deliver beneficial rain to Southern California where we do need it, and these storms will also be the ones that give Arizona the storms as well.  They would be far enough west where they would pick up moisture, sometimes even a connected atmospheric river, or Pineapple Express for major flooding in the region.

The bottom pattern is going to be where we miss, but the rest of Central and Northern California will not.  This pattern goes around the same ridge (H on the map) and further west of the top one, giving more of a warmer type weather system into the region.  Such a pattern is a true atmospheric river, or Pineapple Express into the Northern half of California.   I do believe that the Northern half of California will see way above normal rain/snowfall this season, which will greatly help the state’s drought conditions and fill the reservoirs up considerably.  It also will provide a very high snow-pack for the Sierra Nevada.

So in conclusion, my forecast for both regions is average precipitation and way below normal temperatures.  This will be an extremely interesting season.  I wanted to put Los Angeles at 7-14″ of rainfall as a margin, but with these jet patterns we could be seeing closer to the end of that scale, if not right at average.  Areas west of Los Angeles however going up through the Big Sur and Bay areas will easily see 200+% of their normal precipitation.  The season has neutral (neither La Nina or El Nino) written all over it.

NOAA loves to ignore us in the Southwestern United States.  They have the Pacific Northwest colder with temperatures on average but us warmer.  This is what they have all the time and never bring the arctic air here.  We know it happens, they do not.  But… since I expert in the region, trust in my projections more than them and if you have crops/plants, make sure you are ready for many frost/freeze nights to come.

Now, Santa Ana Wind conditions are most prominent with blocking patterns.  While we may see a couple of those events this season, the stronger jet pattern suggests far less than the 2020-2021 season as few storms will dive northwest to southeast over Nevada into Arizona, which is what generates the stronger winter/spring offshore wind events in both regions. 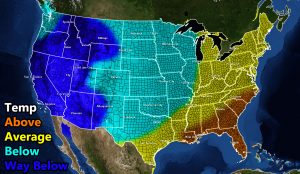 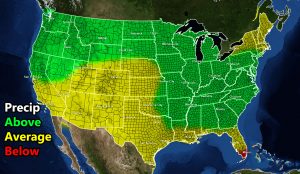 MAIN WEBSITE:  Don’t forget.  If you hear rain or anything is coming to the area.  BOOKMARK THE MAIN WEBSITE BY CLICKING HERE.  The stream has the latest alert links, a map of alerts and where, and articles.  That is 100% free to view.  There should be no reason you shouldn’t be informed.

As always, stay tuned to Arizona Weather Force for official forecasts and updates on weather across Arizona and if it says ‘like page’ below, hit the button and get future updates.  If it says liked, don’t hit it because that’s unfollowing and you won’t get updates at AZWF page on your feed