Long Range Advisory Issued: 2022 Arizona Monsoon On Last Month; It Has Not Ended Yet; Details 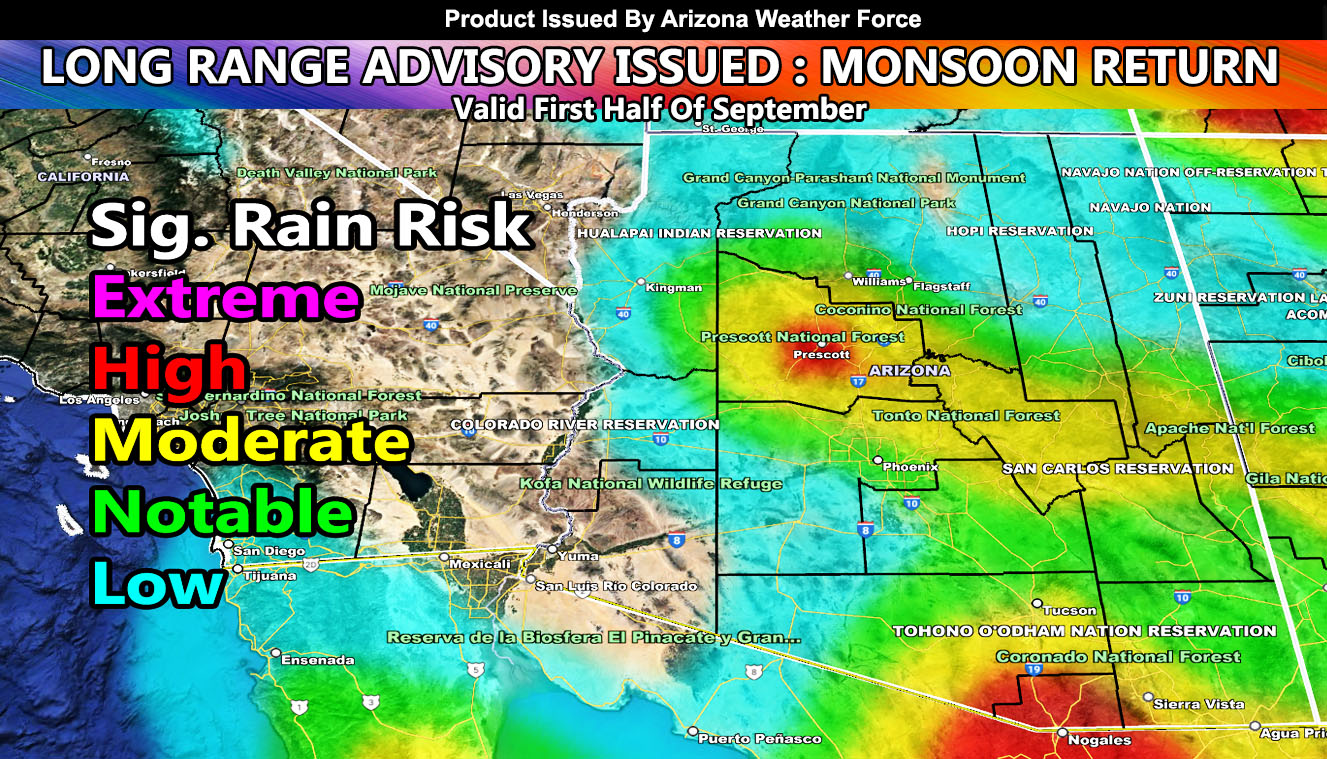 NOTE:  Community tier for the email alerts has been discontinued as of August 30th, 2022 due to insufficient help within the community for the next season, so if you want these delivered to your e-mail and/or to continue to have that option, and also the many other alerts for your area that is a custom forecast for that you won’t see elsewhere, including the member section GPS models when events are in – Sign up here – https://arizonaweatherforce.com/arizona-weather-force-membership/

Disturbances moving off of Central America will move into the Eastern Pacific Ocean during the first and second week of September.  This will develop into several hurricanes down there.  September is when the jet stream up north starts to become erratic and bring high amplitude ridges of high pressure and deep troughs of low pressure into the Western United States.

One such ridge of high pressure will develop north of the state during the first week of September.  This will pull back easterly wave dynamics out of Texas and New Mexico and move across the state.  This will re-energize the monsoon pattern and more storms will form.  Arizona Weather Force monsoon models will be ready for when these are about to form, each morning around 10am is when the daily update would go out if needed.

In addition to the easterly flow, AZWF models do show Southeast Arizona is still fetching moisture from Sonora Mexico and pulling it into the state.  This is telling me that those developing hurricanes during this period would still affect the state as some have this Summer already.  Given the trough depth off the California coast, there is a chance that one of these hurricanes can be pulled northward through Baja, Mexico and the associated moisture will pull into the state.

The AZWF model clearly shows that the state is not done despite the absence of the monsoon over the next several days.  We will start seeing an upswing after September 3rd or around there  Prescott forecast zone is favored for the highest risk.  One thing I will note is the AZWF Significant Rainfall Model below is an average of what to expect.  It also has a tougher time along the Colorado River Valley in September because if one of the Hurricanes does pull northward, the Colorado River Valley would be a target the model cannot see right now.  That is why continuing to pay attention to the latest updates here at Arizona Weather Force is important as things change, sometimes from weak to the worst scenario in the super long range, in-which it would be around the second week of September should one of the Hurricanes pull northward toward the state.

The Arizona Weather Force Significant Rainfall Model in the long range is posted below.  You also can see it in the community section GPS model tab.  Follow directions below for that. 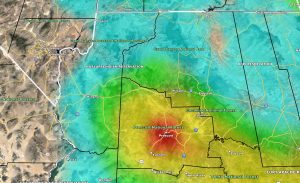 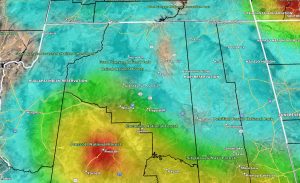 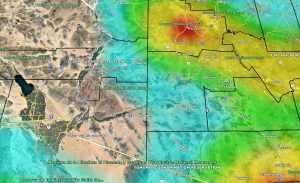 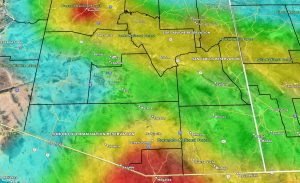 This was a follow-up to the following articles – You can read them and see how this forecast is evolving from Day 1.